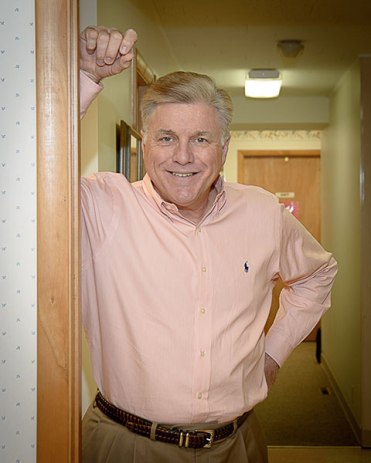 William C Thompson II DO is a board certified family practice physician in Monroe City, IN. Nicknamed “Tom” as a child, he is now referred to often as “Doc Tom” by many of his patients and has been in practice for 38 years in southern Indiana. He graduated from Indiana University in 1976 with a biological science degree then graduated from Midwestern University’s Chicago College of Osteopathic Medicine. He completed a family practice residency and returned home to restart his father’s family practice in Monroe City, IN.   He relishes the demands of rural family practice and the special demands placed upon his office. He and his staff are sincerely interested in the well being of their patients and strive to provide modern, sophisticated medical care in a relaxed rural setting.

He has been a member of several local and national boards of directors for medical, humanitarian, and wildlife conservation organizations including: American Osteopathic Association, the Indiana Osteopathic Association, the 5th District Indiana Associate of Osteopathic Physicians and Surgeons, Knox County Medical Society, a Diplomat of American College of Osteopathic Family Physicians, Chairman and originator of the first Knox County Quail Unlimited from 1984 to present, the Chicago College of Osteopathic Medicine Alumni Board of Governors 1984-1992, the National Quail Unlimited Board of Trustees 1986-1998, the Indiana Heritage Trust Foundation 1986-2006 (Appointed by then Governor Evan Bayh), Chairman of the national Quail Unlimited Board of Trustees 1992-1998, the National Quail Unlimited Board of Directors 1998-2006, the Knox County Community Foundation 1998-2006, the South Knox Education Foundation Board of Directors 1998- present, the Monroe City Blue Jean Community Center Board of Directors 1998- present, and the Good Samaritan Hospital Physical Administration Council 2014- present.

Dr. Thompson has been married to wife Teri since 1981 and they have two sons: Will, a third year Family Medicine Resident at Deaconess Hospital and Chad, an investment banker with Barclays Capital in New York City. His greatest joy is being with his family.

While medicine has been his vocation, Dr. Thompson enjoys athletics, outdoor activities and work with conservation programs. Watching a fine gun dog in the field, deer easing down a trail, a strutting gobbler in a woods opening, or a nice bluegill on an ultra light are some of the things that will bring a sparkle to his eye.

…….. And yes anything about Indiana Hoosiers basketball.